The Window in an Iron Curtain

What goes on in the mind of a child who finds it difficult to communicate? This short story, authored by Aditi, is a poignant peek into the world of one such child.

Avaz Megaphone is a platform for neurodivergent individuals to express themselves through the written word.

It was a typical Monday morning in six year old Avani’s household . There was nothing typical about Avani though!  She was autistic and could not get one single word out of her mouth, no matter how hard she tried. That said, she understood everything that was said to her, said about her and more. If only she had a way to express – she would not be so frustrated. Nor would she hit the threshold of meltdown ever so often. Maybe then, going to school would not be half as distressing!

“Hurry up and eat your breakfast quickly!”, said Avani’s mother Shobha, “We are getting late for school!”

“Don’t you want to go and play with your friends at school? Stop crying and get ready now!”, exclaimed her father, Brijesh.

Avani wanted to scream and say “I don’t have friends and no one wants to play with me!”

Alas, that was not to be! She thought about Malini aunty, her teacher at school who was trying to get her to write. The pencil felt like a heavy wooden log with a mind of its own. It never moved the way that she wanted it to. Her bellowing got louder and louder but her parents bundled her into the car and set off to school.

“Remember the meeting with Ms. Anusha at Chatty Cathy Speech Therapy Centre today?”, remarked Shobha to Brijesh, as he drove towards school.

“Yes I do and I will be there”, replied Brijesh.

“Wonder what it is that she wants to talk to us about…” continued Shobha. “Avani is not able to say a single word even after three years of therapy.”

“This speech therapy may not be the best of options for Avani”, mused Brijesh. “It is probably time to try something different.”

“But what?!” exclaimed Shobha. “We are doing all that the school and therapy asks us to do!”

Brijesh sighed, “I think we will find out today afternoon.”

Avani thought about her sessions at Chatty Cathy. And about Vandana aunty who would make her group and sort picture cards, blow bubbles and ask her to repeat words. When Avani would not repeat, she would get louder and louder with her instructions! Avani shut her ears with her palms and started to hum. It was going to be another awful day.

Brijesh and Shobha reached Chatty Cathy on time with Avani in tow. The Founder Director of the centre, Ms. Anusha, was waiting for them.

“Good Afternoon”, said Anusha cheerfully, “I am glad you were able to make it today in spite of the short notice. I have been meaning to have this conversation for a while now.”

Brijesh and Shoba sat upright, feeling tense and bracing for the worst .

‘Speech therapy, as we know it, has not been very effective for Avani. We feel it is time we give her an alternative way to communicate. Something that is sensory friendly and can be customized to her needs. And definitely something that can be easily carried around by her. We also believe that it will pave way for further learning” said Anusha as she loaded an app on her iPad.

“This is an Alternative and Augmentative communication app that has both pictures and text options. We want to introduce this to Avani and train her to use it across environments. We will help you with the logistics of downloading and customizing the app on your iPad, but we need your consent to begin.”

Anusha went on to explain the features of the app in detail. When she was done Shobha asked her in a defensive tone, “So, are you saying that Avani will never talk?”

“That is not what I am saying”, replied  Anusha. “All I am saying is that we don’t have a way of predicting when Avani will talk. Up until then, she has no way of communicating and no way of expressing herself. This will only make her more frustrated and end up as behavioural issues. We want to give her a voice until she is able to find her own voice.”

“Will this not stop her from wanting to attempt to learn speech?” asked Brijesh.

“From what I have seen in my experience, no, it will not take away the initiative to learn speech. If anything, it will reiterate to her that she will be understood only when she communicates” replied Anusha.

Shobha and Brijesh agreed to go over the next day to the centre to download the AAC app.

“After so many years of trying, this is what they have come up with”, muttered an angry Shobha as she got into the car to head back. “New excuse for their failure!”

“How is it their failure Shobha?” asked Brijesh. “We have tried everything, but we are where we are. I think we should give this AAC thing a try. We have nothing to lose since Avani can’t even say Amma and Appa consistently. If this is going to help her communicate and be understood and even learn better, would it not be worth it?”

A Fresh Start with AAC

Avani began to learn how to use the AAC app at Chatty Cathy. She slowly got better at using it, but Shobha was as sceptical as ever.

“See, she is touching the same image over and over again. Don’t you think she is stimming with it?”, Shobha asked Megha, Avani’s speech therapist, one day.

“The stim is a way for them to learn and generalize’, replied Megha. “The key is to define the time when she can stim. Basically a break time in between work – and we are working towards it”, replied Megha.

It was eight months since Avani had started to use the AAC app. One day, she headed to Chatty Cathy after school. She was in a particularly bad mood – whimpering, whining and rocking incessantly.

Avani shut her ears and refused to respond. Megha waited for a minute and slowly loaded the AAC app on her iPad. She opened the picture folder that said ‘FEELINGS’ and asked Avani how she felt . Avani dislodged her palms from her ear and chose ‘PAIN’.

Megha asked Avani where she was feeling pain. Avani opened the appropriate folder and chose ‘FINGERS’.

The response did not make sense to Megha – so she repeated the question. Much to her surprise, she got the same response again! It then occurred to Megha that Avani may not have felt comfortable tracing on the sandpaper alphabets. After all, Avani was autistic. Given her sensory sensitivity, it may have felt very different to her.

“Did you trace on the sandpaper alphabets and did that hurt your fingers?”, asked Megha.

Avani felt as sense of relief and joy. For the first time in six years, she was able to communicate exactly what was bothering her. She finally felt understood!

‘YES!’ replied Avani on her AAC app. And she chose the ‘YES’ option twice afterwards to reiterate her point.

“It’s good you told me Avani”, replied Megha. “I will speak to your mother about this. She can inform your teacher that you are not comfortable tracing on sandpaper alphabets.”

“I suggest,” continued Megha, “that you take your iPad to school and tell this to your teacher yourself too!”

The window on the iron curtain was finally open!

Aditi Sowmyanarayan is a sixteen year old who uses Avaz, a text to speech app, to communicate. She goes to Ishanya India Foundation, a special school in Bengaluru. Aditi is an avid blogger and an aspiring writer. She blogs on www.smallstepbigthought.blogspot.com

She can be reached on Instagram at writeaditi and on her Facebook page : small step big thought

1 thought on “The Window in an Iron Curtain” 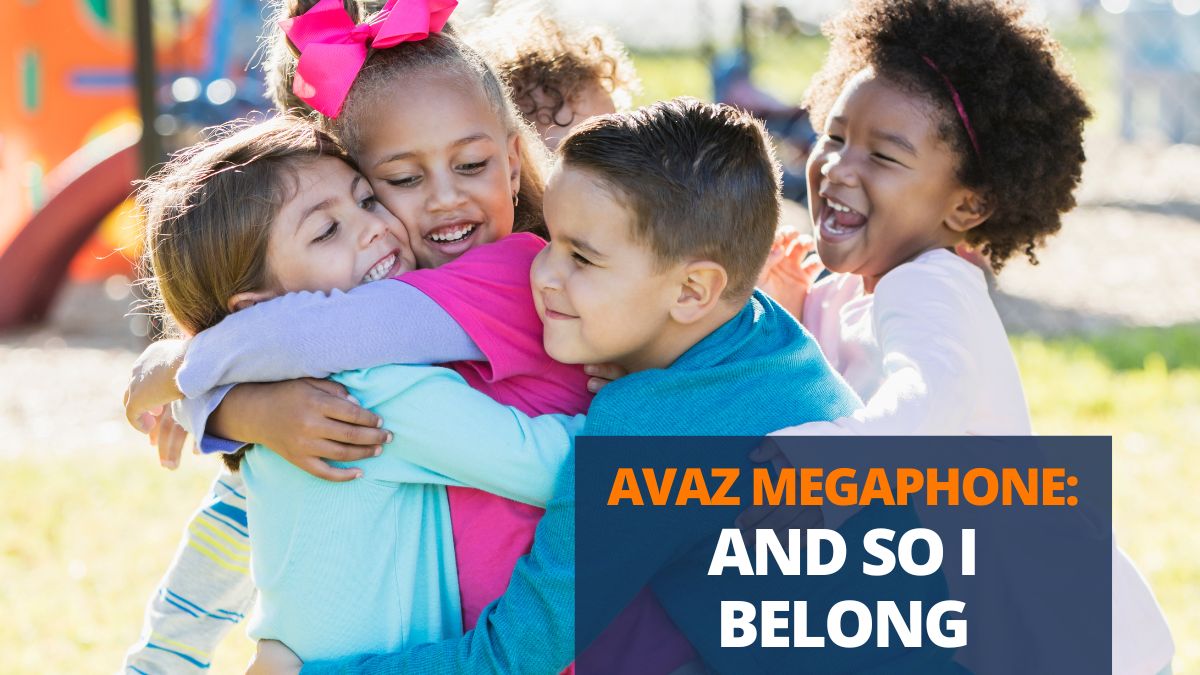 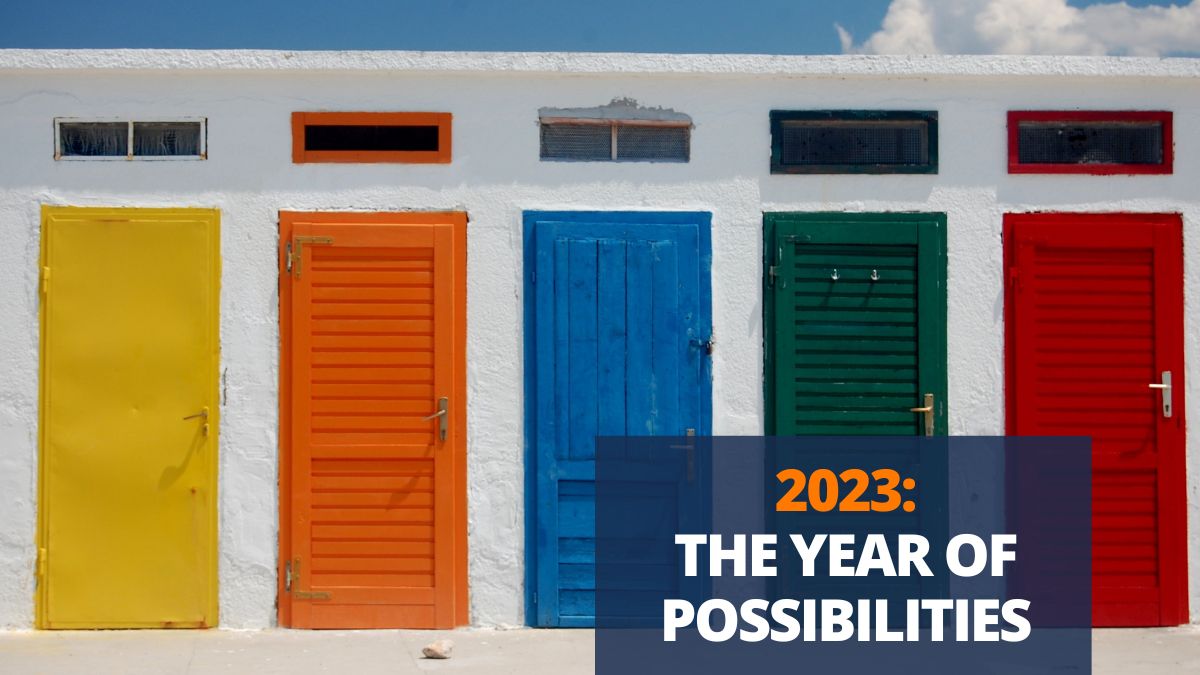 As the year comes to a close at Avaz, we…